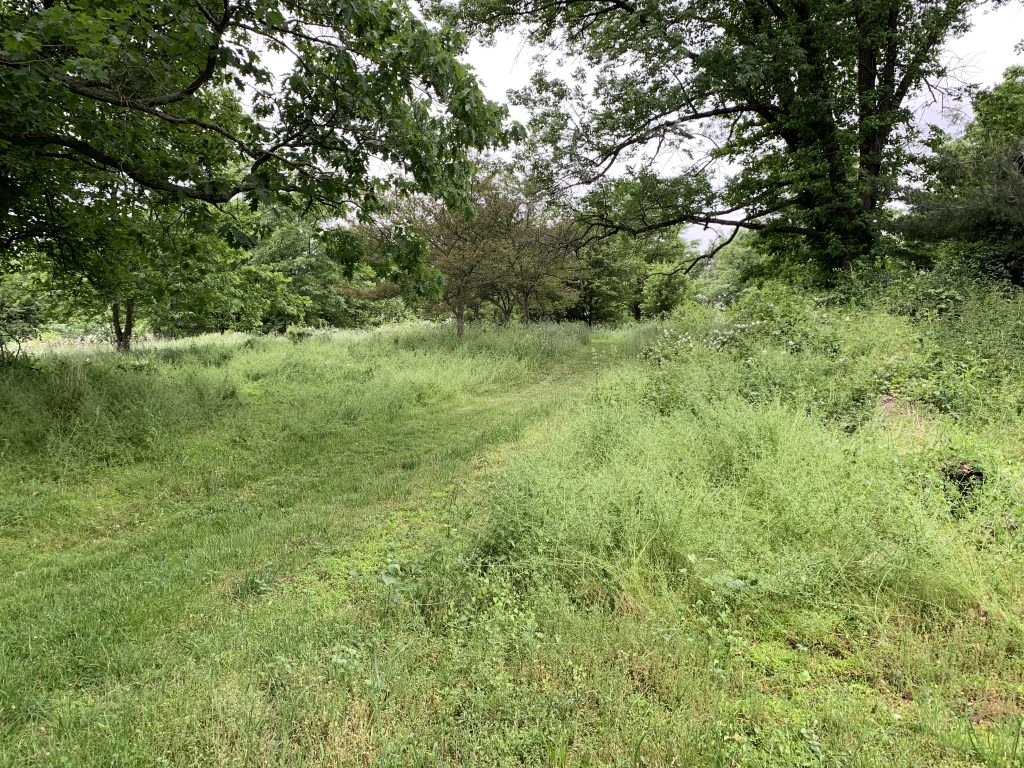 We are excited to announce that, in late February, an anonymous donor permanently saved her 10.13 acre parcel from development through the Pennypack Trust. Her land was much sought-after by developers. But rather than see it transformed into 4-story buildings and parking lots, she now has the assurance that her land will continue its progression towards better habitat for birds, foxes, and other animals that face dwindling options for quality, connected habitat.

The land is storied, as is so much of this part of Abington Township and the Pennypack Creek. There was a grist mill and farm owned by a prominent member of Abington Township in the late 1700’s. Strong traces of the past still direct how nature recolonizes the site. A mill race has become an ephemeral stream. A pond once for livestock now hosts wood ducks, herons, frogs, and turtles. On its own, this land would be home to a handful of such animals. Now those animals can move more freely up into Bethayres Swamp, along stream banks connecting into the Pennypack Trust, or down into Lorimer Park. 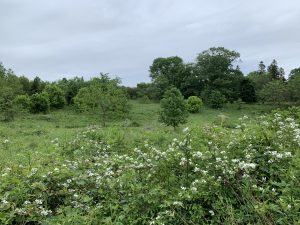 These 10 acres sit beside a paper-thin forested segment of the Pennypack Creek and the county’s paved trail. Development here would have brought parking lots and loading docks spoiling the wooded experience of the Pennypack Trail.

Now there’s one fewer of just a handful of privately owned parcels that separate the Pennypack Trust from Lorimer Park. The ecological value of defragmenting these habitats by connecting plants and animals to unbroken tapestries of streams, wetlands, woods, and fields, is of spine-tingling value and nearly unimaginable in the suburbs of a major city. But we’re almost there. Nearly all of the remaining parcels are in the floodplains of the Pennypack in Lower Moreland and Abington Townships. If Townships, the County, and the Pennypack Trust can work together to make sure that floodplains remain free from development, then perhaps floodplain regulations would be all that’s needed to fuse large swaths of open space in ways that would be meaningful both to wildlife and our watershed.

“This,” said the anonymous landowner right after signing over the development rights to the Pennypack Trust “is getting my ducks in a row.” Her ducks fly in the face of a contrasting old adage that “if it doesn’t make money it doesn’t make sense”. While conservation easements can create tax credits for the owner, this was never one of her concerns. She has cared for the property as natural 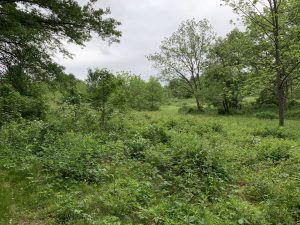 habitat for the past 20 years and continues to do so as part of her very active retirement. Getting her ducks in a row meant that she would now have peace of mind knowing that she’d done what was right by the land, the environment, and the community.

The tremendous generosity that comes with a donation of land never ceases to amaze and it rightfully deserves a moment to be thankful, humble, and hopeful. The Pennypack Trust is made of hundreds of such donations, more so, it’s made of the generous donations of members over decades to keep the Trust running and keep the momentum moving towards a landscape of man and nature linked in harmony to the benefit of both.